University of Wollongong
Double Degree in Commerce and Science

Why did you complete a double degree in Commerce & Science?

I completed a double degree. One was a Commerce Degree in which I majored in Human resource management and Marketing. I could not decide what major I was more passionate about so thought, why not do both! The second was a Science Degree majoring in Psychology. Psychology always fascinated me and was a perfect addition to my commerce degree.

Company culture, it is such a unique and positive company to work for. I had never come across such a culture until working for Hilti, and I can’t think of any greater work environment to be a part of.

Hilti’s core values were aligned perfectly with my own personal core values. This tied with Hilti’s positive stance on having a diverse workforce drew me to the company.

Be passionate and be yourself. 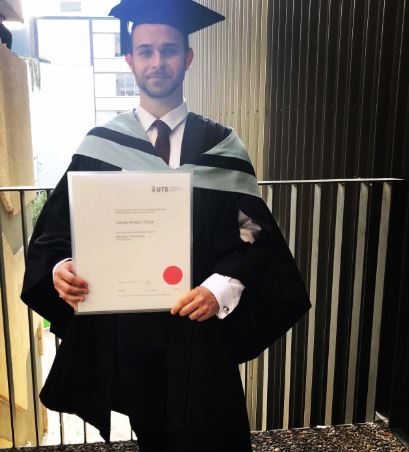 Why did you complete a Bachelor of Business?

Going into the degree I knew that the area of business is extremely broad, and the course catered for a whole range of components including finance, economics, management and accounting. In the first year I was able to experience a little bit of each subject and in subsequent years choose which areas to specialise in based on what I enjoyed and excelled at. It was this granted flexibility that initially sparked my interest as I knew I wasn’t locking myself into one area of study from day one.

Without a doubt the focus on training and development. Spending the best part of the past six years in a learning environment it would be a shame for these types of challenges to suddenly stop. During my first six months at Hilti I have been pushed and tested in areas previously unknown to me, done so in an environment with a good balance of theoretical and practical learning.

Initially I was drawn in by the reputation of Hilti as an employer within Australia. As I delved deeper, it became clear the opportunities for growth and career progression within the company are widespread.

Don’t be hesitant because your first role within Hilti isn’t closely aligned to your area of study. Be mindful that when working within a company that has a primary goal of selling products to the consumer, it is important to first understand both the product and consumer before any thought can be given to what comes next in your career. In doing so, your knowledge of the industry Hilti positions itself in will develop naturally and your abilities learned as a graduate shine for all to see. 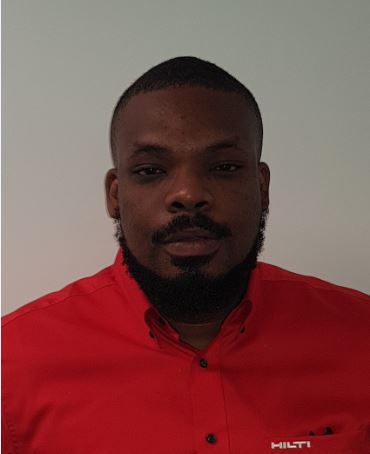 Why did you study Engineering?

Growing up in a family of Engineers, I always wanted to be one too. I just wasn't sure what type I was going to be, so I looked up the one that paid the highest!

The people. There's a lot of support from everyone and you can feel like they really want you to succeed! The Red Cars are also pretty-cool!

I was considering switching Industries and I wanted a new challenge in a company willing to give me opportunities to grow and build a long-term career. Also wanted a company who truly believed and acted their Core Values. 200 YouTube videos and Glassdoor reviews later, I found the company that ticked all my boxes - Hilti and applied for a role.

Great place to start your career if you want to be challenged and rewarded. Plus, everyone looks good in Red.